Each summer brings a tremendously devoted group of summer camp staff to our little corner of the world. Many of these folks have deep roots here, having been campers and/or counselors for many years. Others are brought here by friends who know "HVC is the best place to spend the summer.” And many counselors are brand new to camp, drawn by the opportunity to work with young people in a nurturing community setting.

I have never felt a staff group more connected and more solid than the one I was a part of at HVC. I attribute that to your amazing managerial style and hiring choices.
- HVC Staff

Camp Directors Meg and Peter Kassen have owned and directed HVC since 1988, dedicating full-time efforts to the camp and its people. They raised their daughters at HVC and live in Maine year-round. Learn more about the Kassens here.

Our staff of over 100 are a devoted group, passionate about camp's inclusive values, and we work hard throughout the winter to find the right people. Many return year after year to share their talents, skills and passions. Most of all, they love being part of the Hidden Valley community. Here's a glimpse of just a few:

Longtime caretaker Al lives at camp year-round with his family, plowing snow (or skiing on it!) and looking after our many animals.  During the summer, you can find Al mowing our beautiful lawns, repairing bikes, MacGyvering something on our 350 acres or wrangling llamas for their annual haircuts.

April is a camper parent and resident artist at HVC. Now based in Ireland, she has taught advanced and beginner level experimental arts for both the HV Alive teen arts program and younger campers for many summers.

Carla has taught art to children in a variety of settings for 25 years. A camp mom, she teaches pottery and fine arts at HVC. She currently runs her own art studio offering workshops for mothers and pregnant women combining wellness and energy work.

Carmi is a former camper and this is his millionth summer here at camp (actually, we lost count at 13 or 14 years). From Detroit, Carmi leads our glassblowing and glass bead programs, and is also a contributing artist to many art installations around camp.

Dani has been teaching stained glass here for so long that now his children are HV teachers and his grandchildren are campers! Dani grew up on a kibbutz in Israel and is now based in Michigan where he creates huge public art glass murals such as the ones that he has inspired at HVC.

Longtime staff member Elise is a fixture in HVC's new photo lab and also in the Buckhorn where campers can screen print T-shirts. And she puts together campers' monthly art shows as well.

Having started here as a counselor in the 90's, Gabe has now spent many years as a professional artist in our pottery and glass programs. His wife and two young sons are part of the camp scene as well. In the off-season, Gabe teaches high school arts in Maine.

Jake returns to HVC for his 8th summer. Originally from Michigan, he attended Western Michigan University, majoring in Film/Video Production. He now lives in Joshua Tree, CA working as a professional wedding photographer/videographer. At camp, he manages the video production classes and produces camp video material.

Pottery professional Kirsten has a Masters of Fine Arts in Ceramics from RIT in NY. 14 years ago she foundedThe Clay School outside of Boston and assists Harvard's Anthropology Dept when they analyze ceramics.

HVC’s Director of Health Services, Michele, lives nearby with her husband who was a counselor here in the 70’s. Their four daughters were HVC campers and worked for our food service as well. An RN, Michele has worked in several school and health care settings nearby.

Fused glass master Philippe has worked with glass for over 25 years, studying in Seattle and Italy. He now teaches at Mandarin Glass Gallery in Lakewood, Wa.

Originally from New Zealand, Phillie now spends much of her winter at HVC. As a Red Cross certified lifeguard and lifeguard instructor, she has had 7 summers as the waterfront director here at camp.

Sam has been at HVC every summer since he was 9. Now at Colby College, he teaches archery, basketball and aquatics at camp. He's fluent in Spanish and has taught kids in Peru.

Master carpenter and maintenance guru, Tim, looks after our 70 buildings and many other features of the HVC facility. When not building a new art studio, upgrading our beautiful old red barn or solving a mysterious plumbing problem, Tim can be found giving staff sailing lessons on their evenings off.

HV's Program Directors (PD's) work closely with Peter & Meg on all aspects of staff training and daily life at HVC. Each acts as "director contact" for cabin groups, providing ongoing support and training. PD's also supervise program areas such as arts, sports, horses, etc. And they are a major presence at HV's special events and evening programs. 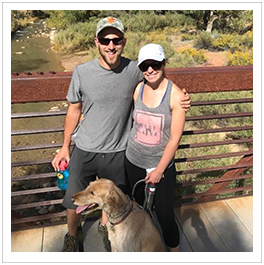 Aileen - shown here with husband David and dog Moose - has been at camp for 8 summers and now supports HVC as a PD year-round. Originally from Scotland, Aileen lives in Maine and over the years she has directed recreation programs, taught yoga and fitness and enjoyed the outdoors with her family. At HVC she's has been an aquatics director, and taught horse riding and video. 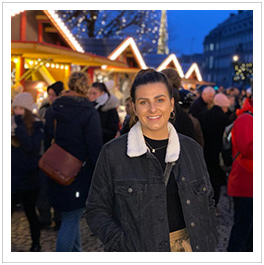 Since 2017 Aisling has managed our horse barn, led archery classes and worked with camper groups of all ages. Ash recently completed her Masters in Psychology at Queens University in her native Ireland. In addition to her equestrian and management skills, she's an accomplished musician and beautician, and is currently working on mental health projects with teens. 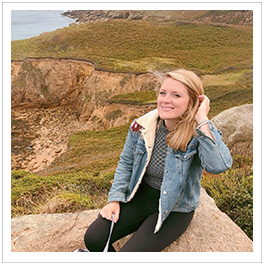 Anna Claire returns after 4 summers as a dance and theater instructor and leader of our Alive arts group. Originally from Alabama, Anna Claire has a Masters of Arts from London’s Royal School of Speech and Drama. She has a wealth of experience teaching children including those with special needs and uses her theater skills to create leadership training opportunities for adults. 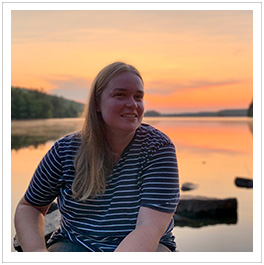 A summertime PD, Celie spends the winter assisting in the office. She'll be spending her 8th summer at HVC, having led our service programs - HV Community and Outreach-Outdoors - for many years. After growing up in Maine and attending Colby College nearby, Celie obtained a Journalism Masters at King’s College in Nova Scotia and worked as an editor in Austin.

These are the folks you’ve been talking to this winter and during the camp season as well! 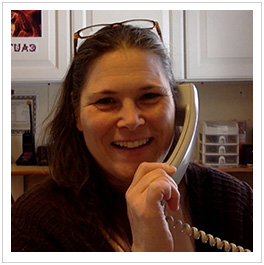 Lucia started working at Hidden Valley in 1989 while she was a student at nearby Unity College. After graduating in 1992 with a Bachelor's degree in Park Management she began her full time position as Office Manager at Hidden Valley.

A life long resident of Maine, Lucia shares her love of the state with staff and parents by offering maps and suggestions about fun things to do while visiting the area. Her main responsibilities include processing camper enrollments and speaking with inquiring parents about Hidden Valley. She and her husband Matt live in nearby Unity. In her free time, Lucia invents splendid recipes, explores "haunted houses" in Maine, and spends time with her many nieces and nephews.